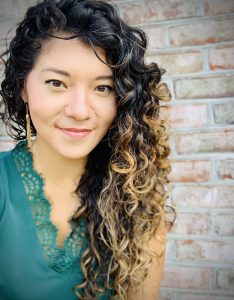 The Rev. Peggy Jean “PJ” Craig serves as Senior Pastor at the Cumberland Presbyterian Church of Germantown (CPCG) in Germantown, TN.  Before coming to CPCG, Peggy Jean was the Assistant Director for K12 Partnerships at Rutgers University-Camden, New Jersey.  She oversaw the university’s civic engagement strategic priority, while also leading Rutgers-Ignite, a STEM-based afterschool program; Rutgers Future Scholars, a pre-college scholarship program for first generation college students, the Hill Center for College Access, and the Camden College Access Network serving over 1,000 youth a year. Before Rutgers, Peggy Jean served as the Executive Director of the Advocate Center for Culture and Education at the historic Church of the Advocate in Philadelphia, Pennsylvania.  The Center provided programming deeply rooted in social justice, rigorous study, and community empowerment.  Peggy Jean also worked at the international relief and development agency, Catholic Relief Services (CRS) and served as a missionary and youth director in Laos, Alabama, and Atlanta. In Washington, she worked for the General Board of Church and Society of the United Methodist Church in advocacy and awareness raising around the continuing effects of Agent Orange in Vietnam. She is a PhD candidate in Community Development-Public Affairs at Rutgers-Camden. Peggy Jean received her M.S. from Rutgers-Camden in Public Affairs, her M.Div. from the Candler School of Theology at Emory University, and her B.A. from Fordham University in communications. Peggy Jean currently serves on the boards of Volunteer Odyssey, Memphis’s one-stop shop for meaningful volunteer experiences, and Metropolitan Inter-faith Association (MIFA),an organization supporting independence of vulnerable seniors and families. She is an ordained minister in the Cumberland Presbyterian Church.  Peggy Jean is passionate about justice, diversity and equity, and all things food-related. She lives in Memphis with her husband, Matt.  Email Her 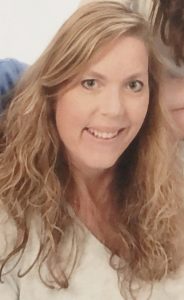 Tina is our Director of Christian Education.  She was born in Ohio but spent most of her years growing up in Miami until she was a teenager where she moved to Michigan.  She lived there until she moved to the Memphis area in 1996.  She received her BS in Elementary Education from Western Michigan University and her MS in School Counseling from the University of Memphis.  She is married and has two beautiful daughters.  She taught Art once she moved to Memphis before becoming a stay at home mom.  Once the girls were old enough to be in school, she started volunteering.  During her free time, she enjoys crafting, scrap booking, traveling and spending time with her family. Email her 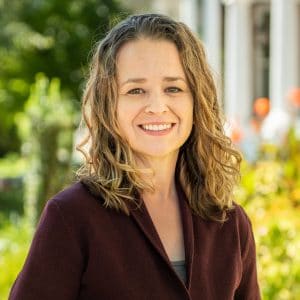 Tricia is our Music Director. She was born in Washington, D.C. but spent much of her life growing up in Ohio and Michigan. She has a Ph.D. in Hebrew Bible from Union Presbyterian Seminary in Richmond, VA and a master’s degree in biblical studies from Calvin Theological Seminary in Grand Rapids, MI. Prior to joining CPCG, she served as the music director for a Presbyterian church in central Virginia. She has over twenty years of experience working as an accompanist for professional ballet companies and their schools and spent ten years singing as soprano section leader with an Episcopal Church in Virginia. Tricia is also Visiting Assistant Professor of Hebrew Bible and Christian Ethics at Memphis Theological Seminary. Along with a passion for music and delving deeply into biblical texts, Tricia enjoys walks in the park with her dog Coco, bird photography, yoga, and dance.  Email her

Jane is our Administrative Assistant. She was born in Ripley, Tennessee in April 1957, and raised in Dyersburg, Tennessee from the age of 5. She graduated from Southwestern at Memphis, now known as Rhodes College, with a B. A. in history in 1980. In August of 1980, she married Gary Norwood. Since getting married, Jane and Gary have lived in Greece (3 years), Virginia (2 years), Okinawa, Japan (3 years) and Atsugi, Japan (3 years). Gary left the U. S. Navy in 1992 in time for the birth of their daughter, Laura Katharine. They moved to Memphis in 1993. Email her